Last year, I decided to start weightlifting. I knew I should be doing some form of exercise, although I was never really motivated to pick one and stay with it. All of the exercises I tried were merely some form of cardio. The only benefit to them was burning excess calories – maintenance work that didn’t result in any substantial progress or gain.

I had been seeing Instapundit extol the virtues of Starting Strength for a while, and producing tangible results and improving my physique definitely appealed to me.

I dove in head first, spending about $2500 on a home gym setup. At the very least, I hoped my financial commitment would provide ample motivation. If you’re interested in my gear setup, I’ll include that at the end of this post.

The premise behind Starting Strength is very simple. It focuses on these 5 movements: Squat, Overhead Press, Bench Press, Deadlift, and Power Clean. Between these movements, all the major muscles are worked, and it is the most efficient set of exercises for training the whole body. Any other exercises are considered supplemental. 3 workouts a week, every other day, and two days in between one week and the next. Each workout would alternate between Squat-Overhead-Deadlift and Squat-Bench-Deadlift. After a few months, you replace a Deadlift with Power Cleans, and also add chin-ups.

When beginning this program as an untrained weightlifter, it’s very easy to add weight after each workout. Knowing that, I started with low work weights, not wanting to hit my plateaus too quickly. This also gave me time to learn and hone the movements so that when the time came to lift heavy, my technique would be adequate to the task.

I’ll say right off the bat that I was guilty of what Mark Rippetoe calls “YNDTP” (You’re Not Doing The Program). I wasn’t consistently doing 3 workouts a week, although I did my best – but I didn’t let my workouts override my personal or family life. I wasn’t drinking gallons of whole milk, because that was mildly unpleasant for me and anybody else I was in contact with. I wasn’t consistently doing deadlifts, because once I started hitting my plateaus, my rests kept getting longer and longer and eventually it’d be 75 mins before I got through the first 2 movements and I didn’t feel like doing the deadlifts after that. And not to mention that I’m still a night owl, so I usually only get about 6 hrs of sleep, which doesn’t really let your body fully recover. So any failures to progress are likely on me, not the program.

But I have been very happy with the progress I did make, and the results.

I worked out 123 times over 52 weeks, for an average of 2.3 workouts a week. I actually thought it would be fewer than that, due to time I took off during the Holidays, and recovering from injuries (sunburn, rotator cuff). I’d guess each workout took me an average of 75 minutes, and I usually worked out at night after the kids’ bedtime. Sometimes I’d manage to finish work early and start lifting at 3pm – that made a big difference in my energy levels during and after the workout, but unfortunately my schedule didn’t often allow that.

I always started off with Squats, because that also did a great job of warming up the entire body – no need for a separate warm-up exercise. So that is also where I have seen the most progression. I began at 85lbs, hit my first plateau at 175lbs after 2 months. After 1 year, my squat is now up to 305lbs – that’s at 3 sets of 5 reps. That’s a gain of 220lbs (260%) in a year, i’m pretty happy with that. Of course that pace is not maintainable, so I’m not going to really push myself from here on out. I suspect that i’ll max out around 350lbs and i’d be happy with that.

The Overhead Press was my nemesis. Technique is critical for this one. My first plateau was at 95lbs, and it took me nearly 2 months to work past that. Thankfully, there was plenty of YouTube videos, as well as good sections in the SS book on how to fix problems with this lift. In the back half of the year I was able to progress more regularly, and my current work weight is 130lbs (37% gain). This is one of the more difficult lifts, so i’ll be happy to hit 150lbs.

The Bench Press is obviously one of my favorites, since it is comparatively easy. There’s less things to keep track of and the gains are noticeable. I hit my first plateau at 140lbs, but due to poor technique I ended up impinging my shoulder (ouch), and it took me 6 weeks to get back to that weight. But i’m extremely pleased to say that I was able to hit my 1st-year goal of 200lbs (43% gain) by week 51 (just barely!). I’m hoping to hit 250lbs for year 2, but we’ll see if my genetics will let me.

And then there’s the Deadlift. The DL is supposed to be your strongest movement, followed by your Squat. So I really should have a 300+lb DL. But like I mentioned before, I ended up skipping a lot of DLs (like half of them). Also, my grip strength is not what it should be, and I found it to be the limiting factor for both DLs and chin-ups. I’m going to try out some lifting straps to see if that helps me progress, but Rippetoe’s answer to that is to just keep doing the DL and your grip will improve along with it. My first plateau was at 200lbs, and i’m currently at 255lbs (28% gain). I really just need to be better at time management, be stricter with my rest periods, so I have enough time and energy to do the DLs.

I never could do the Power Clean comfortably, because for some reason I can’t do a proper rack position – it feels like my forearms are too long to have fingers on the bar and also rest it on my deltoids. I’ll probably have to work with a trainer to figure out the right technique. So instead, I tried doing the Power Snatch. That’s a fun one to do, and similar enough to the Power Clean in that it trains explosive movement. I got up to 95lbs with that, but I think that contributed to how I impinged my shoulder, so I stopped doing them after 3 months.

In terms of my physique, I really wish I had taken some “before” pictures. I was never really out of shape before, mostly just undefined. But after a year of moderate weightlifting, I can tell a big improvement in muscle growth and definition. My traps, triceps, pecs, and quads have really popped. Pants are harder to fit into because my thighs have become, well not that much bigger, but much less flabby and a lot more muscular.

My weight went from 180lbs to 195lbs. I don’t appear to have lost much around the midsection, but I suspect the spare tire is slowly being replaced by muscle. And while I’ve always eaten a lot (and thankfully my metabolism let me get away with it), I’m probably eating at least 25% more now. I’m consuming at least 15-18 eggs per week, an extra helping of protein at meals, and post-workout protein shakes. The silver lining to my wife’s diabetes is that I’ve also adjusted my own diet to have less carbs and refined sugar.

Since my job entails sitting at a desk all day, I used to deal with chronic back pain – I’d need a visit to the chiropractor about 2-4 times a month in order to straighten out my back and neck. However, since I started lifting, and because my neck/traps, lower back/glutes are a lot stronger, I’ve needed a lot less visits – I now go about once every 3-4 months, and that’s because I feel like things need straightening out rather than being in pain. I’ll note that other contributing factors could be a nice ergonomic office chair and a memory foam mattress. 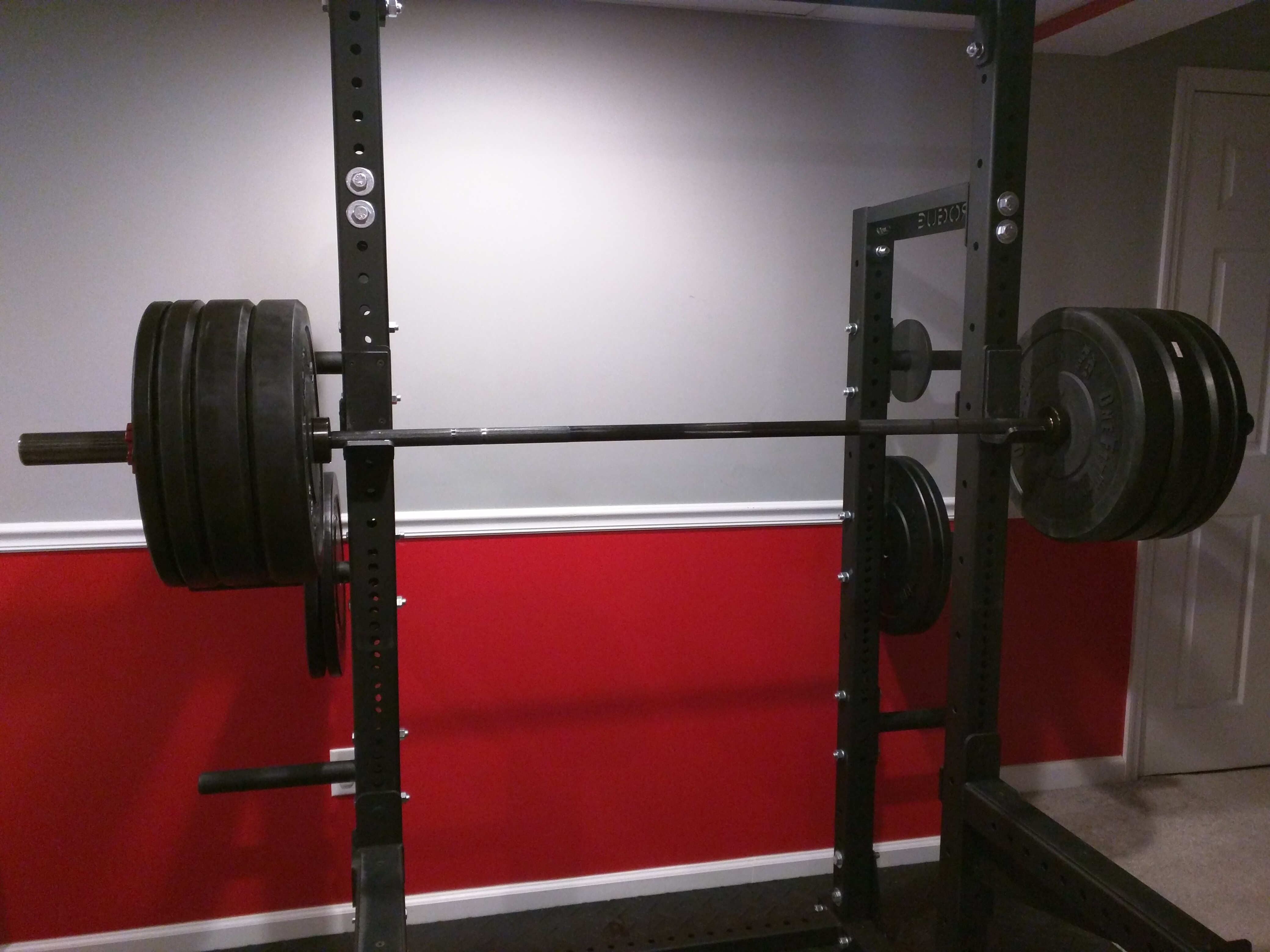