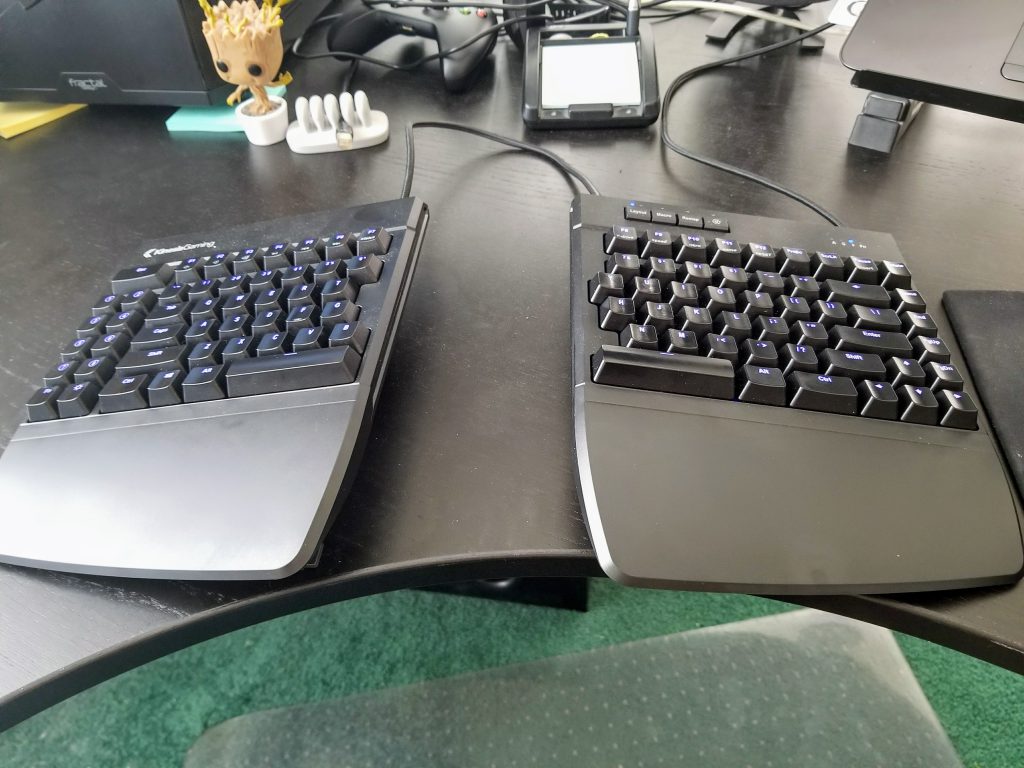 Quite a few years back, I was bitten by the keyboard bug, probably starting with The Keyboard Cult post by Jeff Atwood.

Before that, like everybody else, I simply bought the cheapest keyboard I could find – it was way more important to spend the extra money on a faster CPU, or a bigger hard drive.

But as the years wore on, and I racked up hundreds of thousands of keystrokes, I started to feel that the standard keyboard was both a bottleneck and a source of pain.

I began my journey on the path to keyboard enlightenment with the Microsoft Natural 4000 keyboard, which was great and served me well for years (I still have a backup brand new-in-box). It was very nicely ergonomic with the split design and the contoured layout, but still used the standard membrane mechanism (membranes give the keys a “squishy” feel and the travel/response is generally unpleasant). 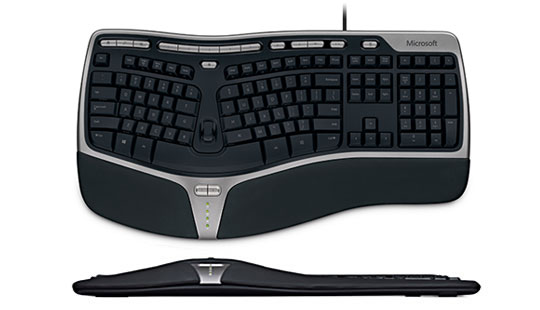 For my next keyboard, I wanted to take the plunge with mechanical keyswitches, so I tried the Corsair Vengeance K70. This keyboard had Cherry MX Red mechanical switches, and while it was better than the membrane, it wasn’t my cup of tea – the Reds have a linear travel with no tactile bump, and on this keyboard, made an audible click every time you bottomed out the keystroke. It was also a full-sized keyboard with a numpad. I started to dislike the numpad, because even though it was incredibly useful at times, for the most part it’s just more distance to cover on my way to the mouse.

My second attempt at a mechanical keyboard was the CODE keyboard. Instead of the linear travel of the Reds, mine has Cherry MX Clear switches, which provide a nice, tactile feel (bump). That bump provides better and more consistent feedback for your fingers, allowing you to gauge the depth of the keystroke. Subsequently I was able to type better and more comfortably. Also, I got the “tenkeyless” model which omitted the numpad and made for easier and more comfortable mousing. 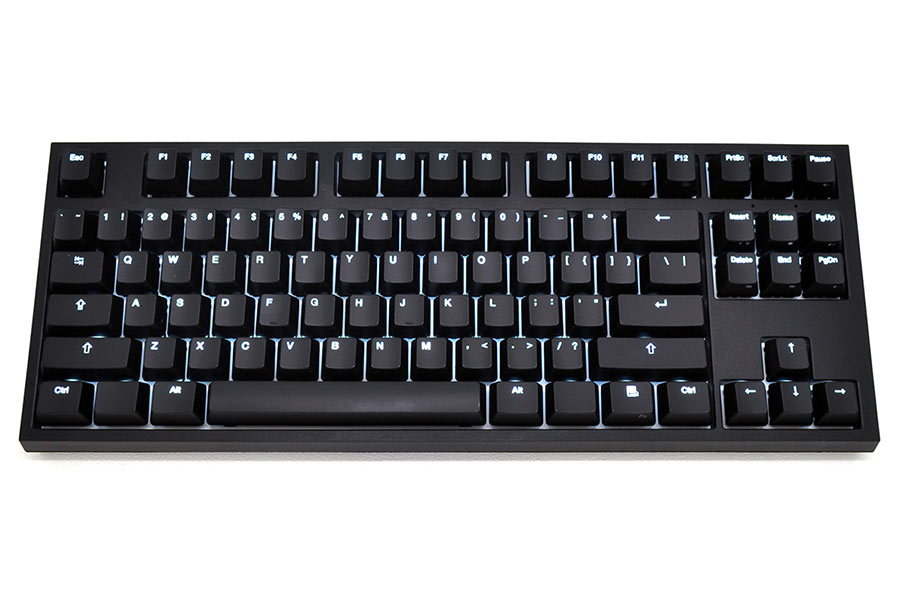 Although I enjoyed using the CODE keyboard, I missed the split layout and contoured ergonomics of the MS Natural. On top of that, time (and weightlifting injuries) have taken a toll on my body and having a standard-sized keyboard aggravates my bum shoulder.

Which brings me to today’s topic: my review of the Kinesis Ergo Freestyle Edge. 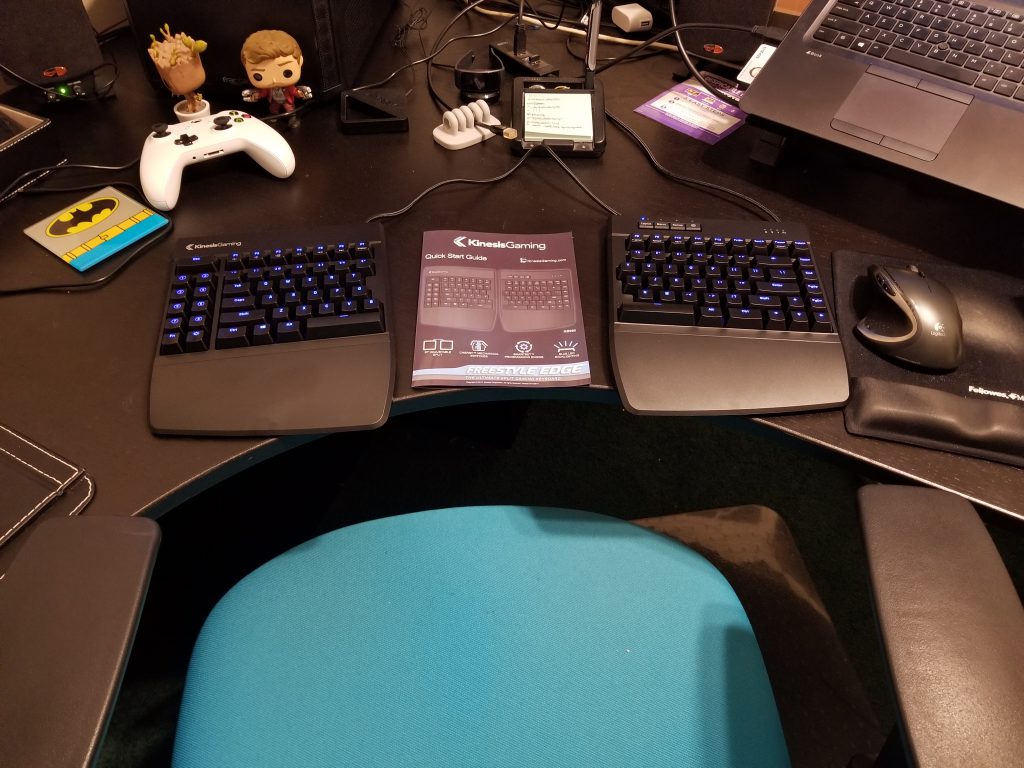 So a month ago, when the Cherry MX Brown configuration finally got back in stock, I decided to try the Freestyle Edge. I bought this unit off Amazon and Kinesis did not provide me anything for the review.

The Freestyle Edge intrigued me because of these features:

I’ve been typing and developing software since the 6th grade, so I’ve become a very fast typist. According to an online typing test, I averaged 95 wpm with the CODE keyboard, and 90 wpm with the MS Natural. In my first hour with the Freestyle Edge, I averaged 85-90 wpm. In my opinion, as long as you have the right techniques to begin with, the Freestyle Edge shouldn’t slow you down much, if at all. After only a week of using it, I was consistently at 90 wpm.

With the split and tented keyboard configuration, my shoulders, arms, wrists, and hands are now in perfect harmony. My shoulders are not drawn in, my forearms align nicely with the armrests, and my wrists are in a comfortable, less-pronated position, compared to how they would be with a flat keyboard.

The keyboard is easily re-mappable, thanks to a built-in USB drive that contains their mapping software. The software is really just a UI for a text file, so it shouldn’t matter which OS you have. For those decrying the lack of a numpad, you can remap the function layer and recreate the numpad on the right hand home-row.

For the usual FPS gaming, you can move the right half the keyboard up and out of the way, and simply use the left half and the mouse. Pretty cool trick, as long as you don’t have to actually type anything.

Also, if i’m eating at my desk (a common occurrence since I’m a remote worker), I no longer have to move the keyboard away – I can just do this: 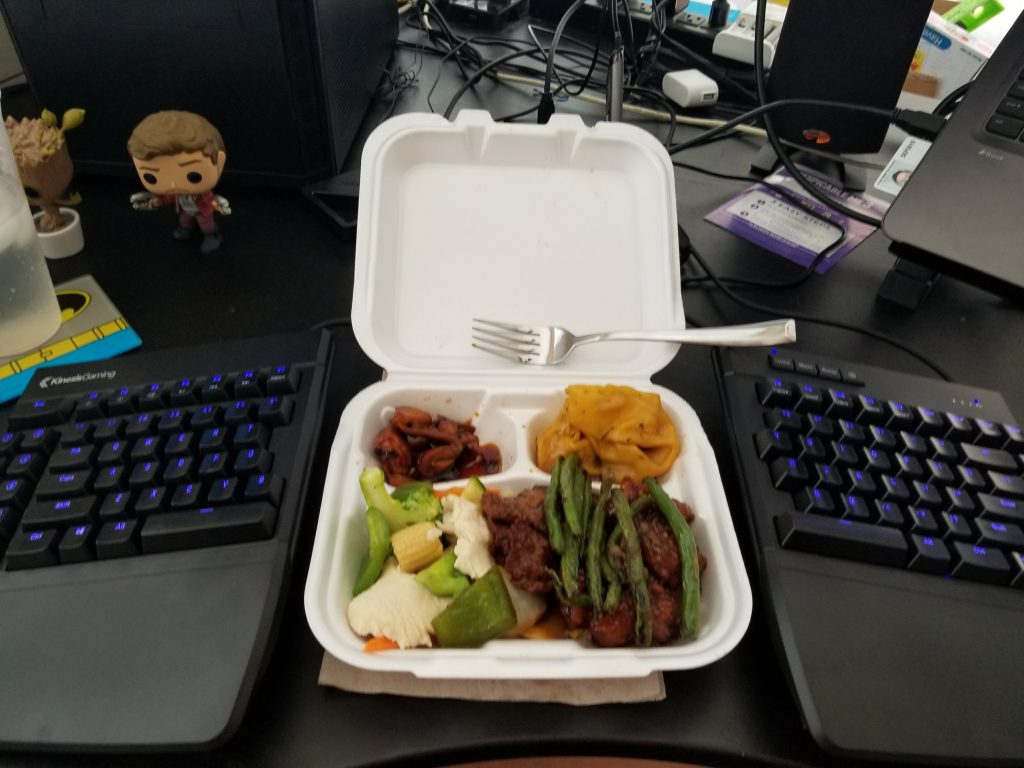 Typing words or paragraphs pose no issues for me; however, I am having the hardest time adjusting to the navigation/function keys – and this is pretty much everything I don’t like about the keyboard:

But ultimately, these issues aren’t deal-breakers for me and I am still happy to use this keyboard as my daily driver.

Here’s some tips if you’re considering using the Freestyle Edge:

Kinesis, if you’re reading this, then I do have some suggestions for v2.0: